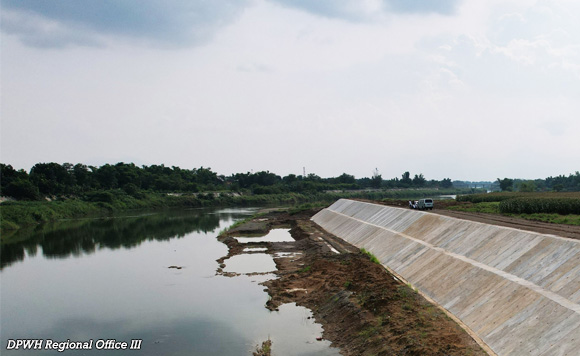 Construction of two flood control projects along Peñaranda River in Nueva Ecija province is now complete, according to the Department of Public Works and Highways (DPWH).

The 237-meter infrastructure project was implemented by Nueva Ecija’s second district engineering office, according to a Philippine Information Agency report.

The projects “are expected to reduce the threat of flooding in low -lying areas, especially during the rainy season,” the report said.

The projects have a funding of P39.94 million under the 2022 national budget.

Politiko would love to hear your views on this...
Spread the love
Tags: Department of Public Works and Highways (DPWH), flood control projects, Nueva Ecija, Peñaranda River
Disclaimer:
The comments posted on this site do not necessarily represent or reflect the views of management and owner of POLITICS.com.ph. We reserve the right to exclude comments that we deem to be inconsistent with our editorial standards.