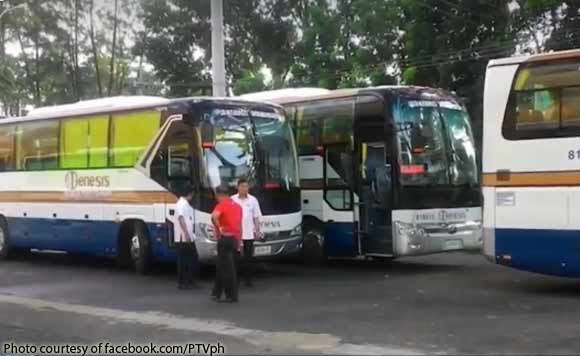 Another route, Clark–Trinoma in North EDSA and vice-versa, will also be available.

“The P2P is a very laudable project that must be pushed, pushed, pushed. We started with just four P2P routes and now we have 12,” Tugade said.

The Clark–NAIA route will have stopovers in Robinson’s Galleria and Resorts World Manila, where passengers may be dropped off or picked up staring Sept. 15.

Rely Jalbuna, Genesis Transport Service Inc. operations manager, said Genesis won the public bidding for the 48 franchised lines. He said that even before the bidding, Genesis was the de facto bus link of Clark to other areas.

“Clark and Genesis have been partners for years on a shuttle operation basis. That we won in the bidding for the P2P bus service based at Clark just sealed out a permanent partnership,” he said, as quoted in a Sun Star report.

According to Jalbuna, 10 buses with a capacity of 50 passengers each will be deployed for the new bus service.

Fare is P350 from Clark to NAIA and Resorts World, P300 to Robinson’s Galleria, and P250 to Trinoma.

Politiko would love to hear your views on this...
Post Views: 1
Spread the love
Tags: (NAIA), Clark–Trinoma, Department of Transportation, North EDSA, Pampanga, Secretary Arthur Tugade
Disclaimer:
The comments posted on this site do not necessarily represent or reflect the views of management and owner of POLITICS.com.ph. We reserve the right to exclude comments that we deem to be inconsistent with our editorial standards.