DOTr continues to encourage airlines to use Clark airport – Tugade 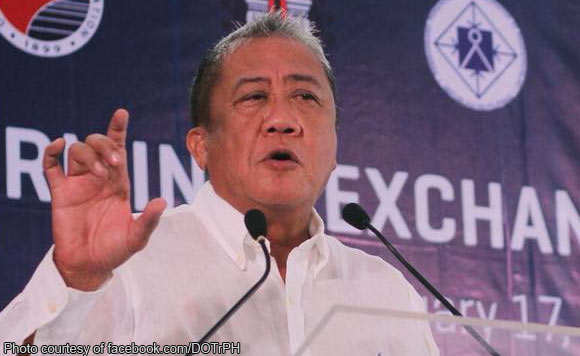 Transportation Secretary Arthur Tugade said Wednesday that the government continues to encourage airline companies to operate at the Clark International Airport in Pampanga as part of measures to decongest the country’s main airport in Manila.

Speaking at the Senate hearing on the Xiamen Airlines accident on Aug. 16 at the Ninoy Aquino International Airport that disrupted hundreds of flights affecting tens of thousands of passengers, Tugade noted that there has been an improvement in the utilization of Clark airport since the new administration came in.

Tugade disclosed that for the year 2017, Clark airport has served an all-time high record of 1.5 million passengers.

Clark airport accommodated dozens of domestic and international flights that were affected by the NAIA runway closure from midnight of Aug. 16 up to noontime of Aug. 18.

Politiko would love to hear your views on this...
Tags: 1.5 million passengers., Clark Airport, Clark International Airport, Pampanga, Transportation Secretary Arthur Tugade, Xiamen Airlines
Disclaimer:
The comments posted on this site do not necessarily represent or reflect the views of management and owner of POLITICS.com.ph. We reserve the right to exclude comments that we deem to be inconsistent with our editorial standards.