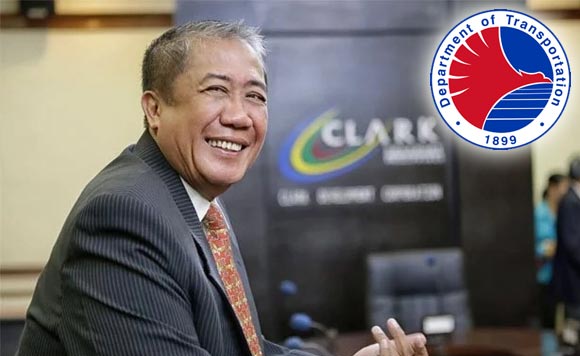 The Clark-based Department of Transportation (DOTr) said Tuesday it will remit to the National Treasury a total of P11 billion in dividends for 2017.

Transportation Secretary Arthur P. Tugade, along with top officials from the DOTr, Manila International Airport Authority (MIAA), Civil Aviation Authority of the Philippines (CAAP), and Philippine Ports Authority (PPA), will turnover the checks to Department of Finance (DOF) Secretary Carlos Dominguez III in a ceremony in Clark on Friday, April 13.

“I always tell our revenue-generating agencies to improve their collection. This is our way of contributing to the government, especially as we usher in the Golden Age of Philippine Infrastructure,” said Tugade.

According to DOTr, MIAA, CAAP, and PPA were among the top government-owned and controlled corporations (GOCCs) to transmit the highest dividends to the country’s coffers in 2016.

CAAP emerged as one of the biggest contributors, after it failed to turn over dividends from 2011 to 2015.

When Tugade assumed office, DOTr said he ordered the CAAP to remit its dividend to the government. #

Politiko would love to hear your views on this...
Post Views: 5
Spread the love
Tags: Civil Aviation Authority of the Philippines (CAAP), Clark-based Department of Transportation (DOTr), Department of Finance (DOF) Secretary Carlos Dominguez III, DOTr, Golden Age of Philippine Infrastructure, government-owned and controlled corporations (GOCCs), hilippine Ports Authority (PPA), Manila International Airport Authority (MIAA), National Treasury, Transportation Secretary Arthur P. Tugade
Disclaimer:
The comments posted on this site do not necessarily represent or reflect the views of management and owner of POLITICS.com.ph. We reserve the right to exclude comments that we deem to be inconsistent with our editorial standards.