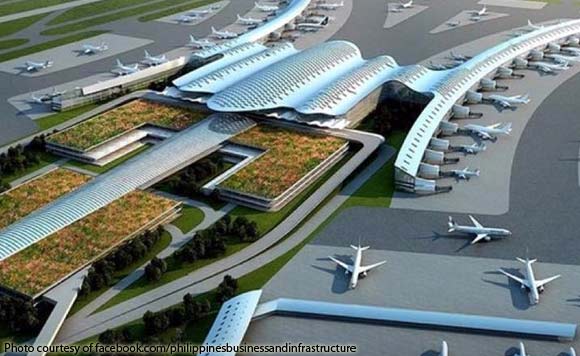 The province of Bulacan may soon have its own international airport.

That is if the Department of Transportation chose the province for its multibillion-peso airport project proposed by conglomerate San Miguel Corp.

On Monday, Transportation Undersecretary for aviation Manuel Antonio Tamayo described the proposed international airport as “feasible,” and the agency is now reviewing the project.

“It’s with us now. We are coordinating with Neda [National Economic and Development Authority]. We are looking on how it will be classified, whether it’s PPP or so on, in order to give them an original proponent status,” Tamayo said.

San Miguel offered to build the new airport north of Manila, a revision from its 2014 proposal for a $10-billion airport on a reclaimed part of Manila Bay in the southern part of the metropolis.

Roberto C.O. Lim, former transportation undersecretary for airports and aviation, said during the panel discussion at The Arangkada Philippines Forum 2017 at Marriott Grand Ballroom that the government should prioritize the development of the remaining spaces at the Ninoy Aquino International Airport into an annex terminal while it is still weighing the two proposals to build new airports either in Sangley Point or Bulacan.

Politiko would love to hear your views on this...
Post Views: 0
Spread the love
Tags: Department of Transportation, Manuel Antonio Tamayo, Roberto C.O. Lim, San Miguel Corp.
Disclaimer:
The comments posted on this site do not necessarily represent or reflect the views of management and owner of POLITICS.com.ph. We reserve the right to exclude comments that we deem to be inconsistent with our editorial standards.