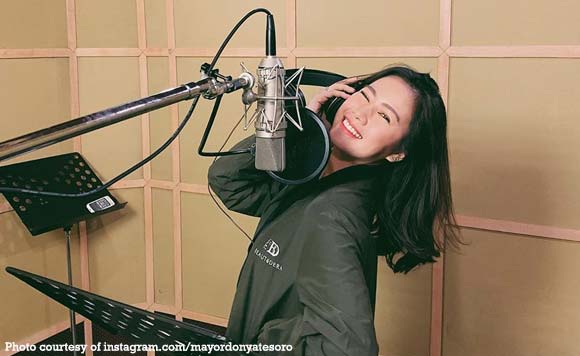 The Philippines should watch out for this new recording artist.

Apparently, San Manuel Tarlac Mayor Donya Tesoro has a new career. Instead of spending her weekend for rest, she was spotted on her other gig at the Vehnee Saturno Music Training Center.

The big question was could she be recording a single? The mayor quickly clarified the situation, much to everyone’s dismay. She was just recording something for the birthday of BeautéDerm CEO Rhea Tan.

Well, who knows, maybe she’ll be in concert someday; but for now, her followers are on limbo until the grand reveal on said birthday.

Politiko would love to hear your views on this...
Spread the love
Tags: San Manuel Tarlac Mayor Donya Tesoro, Vehnee Saturno Music Training Cente
Disclaimer:
The comments posted on this site do not necessarily represent or reflect the views of management and owner of POLITICS.com.ph. We reserve the right to exclude comments that we deem to be inconsistent with our editorial standards.