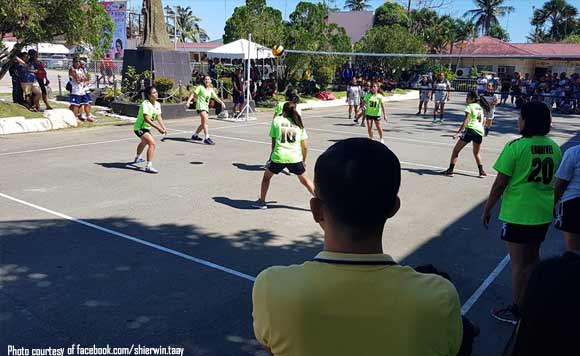 Be the best cheerleader for Dingalan!

This was the main message of Mayor Shierwin Taay as teams from his municipality joined the volleyball tournaments for girls and boys for the Araw ng Aurora 2018 games.

The politiko urged Dingaleños watching the games live from Baler to cheer their hearts out.

Politiko would love to hear your views on this...
Spread the love
Tags: Araw ng Aurora 2018 games., Baler, Dingalan, Dingaleños, Mayor Shierwin Taay, volleyball tournaments
Disclaimer:
The comments posted on this site do not necessarily represent or reflect the views of management and owner of POLITICS.com.ph. We reserve the right to exclude comments that we deem to be inconsistent with our editorial standards.