Dong Gonzales on special powers granted to Duterte: ‘This is for the country’ 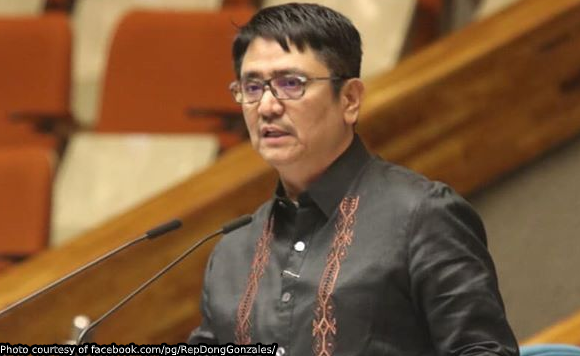 Deputy Speaker and Pampanga Rep. Aurelio “Dong” Gonzales Jr. congratulated his colleagues in the House of Representatives for its first special session that led to the approval of a bill granting special powers to President Rodrigo Duterte to solve the Covid-19 crisis.

Gonzales, of the third district, was among the 20 House members who were physically present at the Batasang Pambansa during the marathon session.

“The session was called to order at 10:00am, Monday and adjourned at about 3:30am, Tuesday,” he said on his Facebook page.

“It was hard work. The members scrutinized the bill, interpellated the sponsors and shared bright ideas with the 302 members of the Lower House. 20 of which, including Deputy Speaker Dong Gonzales, were physically present in the plenary while the rest were online,” according to the post.

“After further discussion with the members, the House of Representatives decided to adopt the SENATE VERSION of the bill,” Gonzales said.

“We believe this is for the country and for YOU and together, WE WILL DEFEAT the Covid-19,” he said.

Gonzales expressed his thanks to the House secretariat, resource persons, rules committee and to everyone “who made the 1st special session run smoothly.”

Politiko would love to hear your views on this...
Tags: COVID-19 crisis, Dong Gonzales, president Rodrigo Duterte, special powers granted to Duterte, This is for the country
Disclaimer:
The comments posted on this site do not necessarily represent or reflect the views of management and owner of POLITICS.com.ph. We reserve the right to exclude comments that we deem to be inconsistent with our editorial standards.