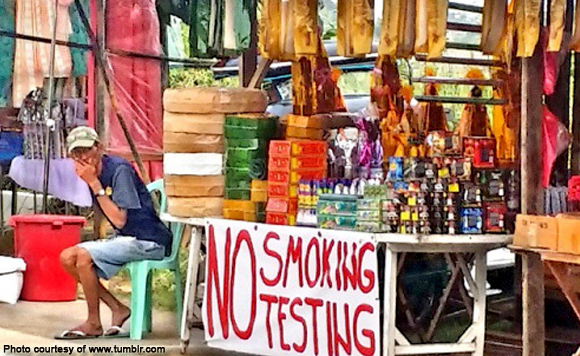 To ensure that there will no repeat of the bloody fireworks factory explosion in Sta. Maria which killed three persons and wounded six others, the Department of Labor and Employment (DOLE) announced that its Occupational Safety And Health Standards have started the inspection of 130 manufacturers, retailers and dealers of pyrotechnics and firecrackers in Bulacan to check on their compliance health and safety standards set by the agency.

DOLE Secretary Sylvester Bello III in a statement Thursday, December 1, said the establishments are composed of 40 manufacturers and 90 retailers and dealers of firecrackers in the municipalities of Sta. Maria and Bocaue.

He noted that once the companies were found to be compliant with the requirements, the DOLE office in the region will recommend and will be the basis to lift the Work Stoppage Order, which the DOLE chief issued last week.

Aside from the DOLE regional officer, recommendations from the Bureau of Fire Protection and Philippine National Police, are also needed for the lifting the stoppage order for the compliant establishment.

“The order mainly mandated the stoppage of work of any unit, department or entire operation of an establishment when non-compliance with occupational safety and health standards poses imminent danger to the health and safety of the employees in the workplace,” the DOLE chief explained.

On November 24, Bello issued a Work Stoppage Order to all establishments engaged in the manufacture and sale of pyrotechnics and firecrackers nationwide, following the recent explosions in fireworks shops in the province that killed five people and injured 30 others.

Politiko would love to hear your views on this...
Spread the love
Tags: Bocaue, Bulacan, DOLE, Secretary Sylvester Bello III, Sta. Maria
Disclaimer:
The comments posted on this site do not necessarily represent or reflect the views of management and owner of POLITICS.com.ph. We reserve the right to exclude comments that we deem to be inconsistent with our editorial standards.