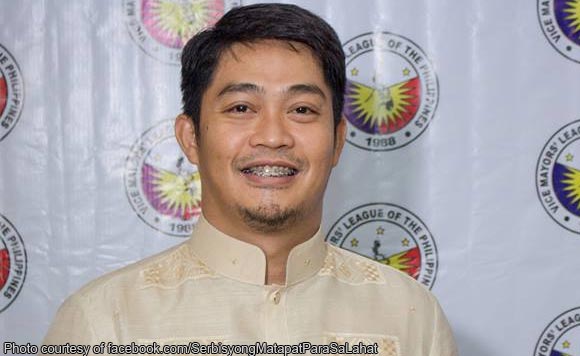 A Politiko source said Umali reckoned he has a better chance of winning in 2019 with incumbent City Mayor Julius Ceasar V. Vergara on his third an final term.

The source said Umali, who was then Sangguniang Panlalawigan Board Member, lost by a wide margin to then re-electionist Vergara in the race fight for city mayor in 2013.

Umali defeated Dr. Susan E. Garcia, the wife of then outgoing vice mayor Marius Garcia in the May 2016 National and Local Elections.
The Politiko source said Umali was still assessing his possible rivals for mayor before making up his mind.

Umali is presently the Executive Vice President of the Vice Mayors League of the Philippines.

Politiko would love to hear your views on this...
Post Views: 7
Spread the love
Tags: Cabanatuan City, Mayor Julius Ceasar V. Vergara, Nueva Ecija 3rd District, politiko, Rep. Rossana Vergara, Sangguniang Panlalawigan Board Member, vice mayor Emmanuel Antonio "Doc Anthony" M. Umali, Vice Mayors League of the Philippines
Disclaimer:
The comments posted on this site do not necessarily represent or reflect the views of management and owner of POLITICS.com.ph. We reserve the right to exclude comments that we deem to be inconsistent with our editorial standards.