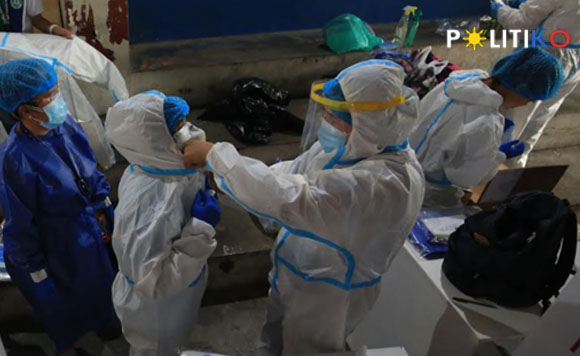 The deputy chief implementer of the National Task Force Against Covid-19, Vivencio Dizon, on Monday asked the Department of Health in Central Luzon to reserve its share of AstraZeneca vaccines for health workers during a visit to Bataan.

The official was in Bataan to witness the first inoculation with Sinovac vaccines of top officials of the Bataan General Hospital and Medical Center (BGHMC) led by its director, Dr. Ria Baltazar, according to a Philippine News Agency report.

Politiko would love to hear your views on this...
Post Views: 9
Spread the love
Tags: AstraZeneca, health workers, Vivencio Dizon
Disclaimer:
The comments posted on this site do not necessarily represent or reflect the views of management and owner of POLITICS.com.ph. We reserve the right to exclude comments that we deem to be inconsistent with our editorial standards.