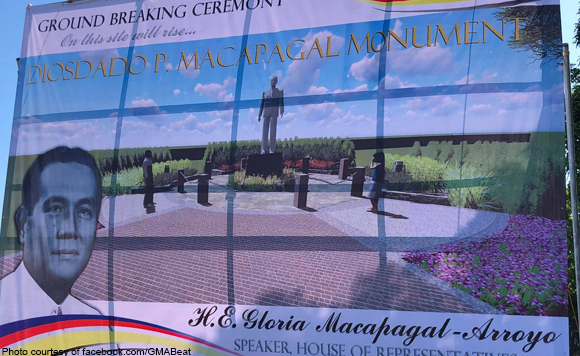 A new monument for former President Diosdado P. Macapagal has been unveiled in Clark, Pampanga on Sunday, December 2.

No less than his daughter, former President and now Speaker Gloria Macapagal-Arroyo, led the ceremony.

Apart from the monument, a road marker for the 2.16-kilometer mark along Macapagal Highway was also unveiled.