Diño to be appointed as DILG undersecretary 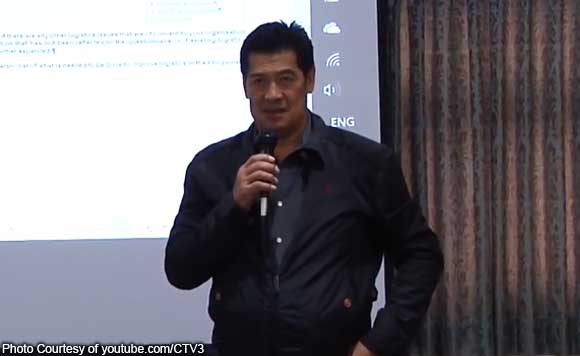 Former Subic Bay Metropolitan Authority (SBMA) chairperson Martin Diño is set to be declared as undersecretary of the Department of Interior and Local Government (DILG) for barangay affairs.

Diño’s new position came after President Rodrigo Duterte appointed lawyer Wilma Eisma as the new SBMA chairperson and administrator. Eisma is the first to hold the two positions, which Duterte said he had merged for political accommodation.

Sources said Diño has yet to receive the appointment papers from the President for the DILG post as of this writing.

Last elections, Diño filed his candidacy for president as the representative of PDP-Laban, President Duterte’s political party. But he immediately withdrew his candidacy when then Davao City mayor applied for the same post at the last minute.

Diño, father of Film Development Council of the Philippines chair Liza Diño, formerly heads the Volunteers Against Crime and Corruption.

Politiko would love to hear your views on this...
Post Views: 0
Spread the love
Tags: barangay affairs, Davao City, Department of Interior and Local Government (DILG), lawyer Wilma Eisma, Martin Diño, president Rodrigo Duterte, ubic Bay Metropolitan Authority (SBMA), undersecretary
Disclaimer:
The comments posted on this site do not necessarily represent or reflect the views of management and owner of POLITICS.com.ph. We reserve the right to exclude comments that we deem to be inconsistent with our editorial standards.