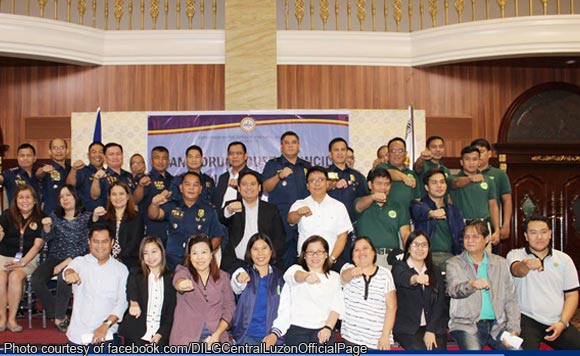 An official of the Department of Interior and Local Government has urged the anti-drugs abuse councils in the barangays to be functional, and not just organized, in line with the national government’s goal of curbing the narcotics problem in the country.

But he went on to highlight the steps to make the BADAC functional, by citing 10 indicators spelled out in Joint Memorandum Circular No. 2018-1 of the DILG and the Dangerous Drugs Board.

The indicators include the creation of the BADAC, its plan of action, and the implementation of prevention campaigns, drug clearing operations and intervention for users, among others.

Echiverri said that based on a points system, the BADACS’ level of functionality will be assessed as either poor, moderate, or excellent.

“Barangays with excellent (mark) will receive an award, commendation or any recognition application” from the DILG, the Philippine Drug Enforcement Agency, and the Philippine National Police, among others, he said.

Echiverri said that so far, 16 barangays, comprised of 11 from Masbate and five from Manila City, have been slapped with administrative charges for failure to comply with the anti-illegal drugs initiatives of government.

The ADAC Regional Dialogue saw the participation of regional and provincial directors of DILG, the PDEA and PNP, Departments of Health and Social Welfare, and representatives of the provincial governments in Central Luzon.

Politiko would love to hear your views on this...
Spread the love
Tags: Anti-Drug Abuse Council Regional Dialogue, Assistant Secretary Ricojudge Janvier Echiverri, Department of Interior and Local Government), Pampanga, Philippine Drug Enforcement Agency, Philippine National Police, San Fernando City
Disclaimer:
The comments posted on this site do not necessarily represent or reflect the views of management and owner of POLITICS.com.ph. We reserve the right to exclude comments that we deem to be inconsistent with our editorial standards.