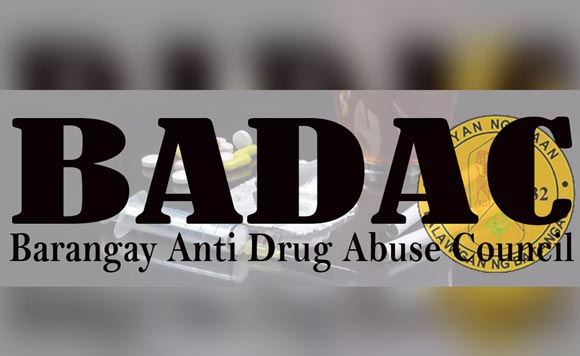 Municipal and barangay officials from Bataan province gathered recently in an activity spearheaded by the provincial office of the Department of Interior and Local Government to strengthen the Barangay Anti-Drug Abuse Council (BADAC).

The DILG-Central Luzon said in a statement Wednesday that the event was held last week, on Aug. 29-30, in Dinalupihan town, with municipal operations officers, barangay officials, and officials of the Philippine Drug Enforcement Agency in attendance.

“This was an initiative done at the provincial level to ensure that all barangays are properly equipped and knowledgeable towards their compliance to implement the Barangay Drug Clearing Program and ensure the continued performance of the ADACs in the fight against the drug menace,” the agency said.

“Also, this serves as their preparation for the upcoming BADAC Functionality Performance Audit,” it added.

Bataan, comprised of 237 barangays, is one of the provinces in Region III with 100 percent organized BADAC.

It ranks first in the region in terms of number of drug-cleared barangays, at 89 out of 237 classified under the said category.

Politiko would love to hear your views on this...
Spread the love
Tags: Barangay Anti-Drug Abuse Council, Barangay Drug Clearing Program, Department of Interior and Local Government), Philippine Drug Enforcement Agency, president Rodrigo Duterte
Disclaimer:
The comments posted on this site do not necessarily represent or reflect the views of management and owner of POLITICS.com.ph. We reserve the right to exclude comments that we deem to be inconsistent with our editorial standards.