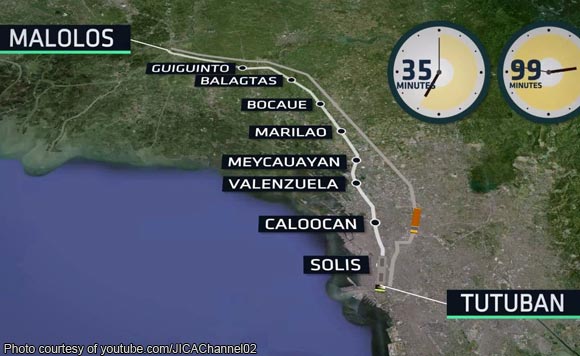 The Cabinet Cluster of the National Economic and Development Authority’s (NEDA) Investment Coordination Committee (ICC) has approved the 76-percent increase in the cost of the North-South Commuter Railway (NSCR) System in a bid to expand the project’s capacity and enhance operational efficiency and safety.

In a statement, the NEDA said the total cost of the NSCR, a project of the Department of Transportation (DOTr) and Philippine National Railways (PNR), increased to P777.551 billion from P440.881 billion after the body gave the green light to the railway system’s scope revisions.

It attributed the project cost adjustment to its detailed engineering designs, involving a shift to elevated viaducts instead of at-grade structures to improve operational efficiencies and safety, the adoption of standard gauge instead of narrow-gauge to ensure seamless operations of all sections, and increase in the number of trains and change from single to double-tracks for the Malolos-Clark Railway Project (MCRP).

The cost will also cover resettlement activities with the aim to ensure proper housing and welfare support for the estimated 12,901 informal settler families that will be affected.

The project will bring together the NSCR Phase 1 (Malolos-Tutuban), the PNR South Commuter Railway (Solis-Calamba), and the MCRP that will create a 147-kilometer elevated, double-track and seamless connection from Clark International Airport to Calamba, Laguna with 36 stations.

The rail system is expected to be partially operational by 2022 with a daily ridership of 340,000 passengers.

The government will subsidize an average of P5 billion per year to cover capital, operating and renewal costs of the project –an investment that is expected to generate substantial economic activity, create more jobs, increase incomes, and deliver a more comfortable commuting experience.

Meanwhile, the project will be funded through an official development assistance (ODA) loan support from JICA and the ADB. (PNA)

Politiko would love to hear your views on this...
Post Views: 4
Spread the love
Tags: Calamba, Clark International Airport, DOTr, JICA, Laguna, MCRP, Neda, NSCR, PNR
Disclaimer:
The comments posted on this site do not necessarily represent or reflect the views of management and owner of POLITICS.com.ph. We reserve the right to exclude comments that we deem to be inconsistent with our editorial standards.