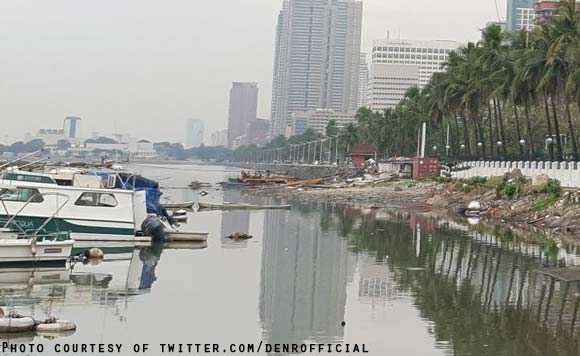 OBANDO, Bulacan — A total of 47 establishments were shut down in the
provinces of Bulacan and Bataan since Friday for polluting the river
system that leads to Manila Bay.

This was disclosed by Lormelyn Claudio, Region 3 Environmental
Management Bureau chief of the Department of Environment and Natural
Resources (DENR), during the simultaneous launching of the massive
cleanup and rehabilitation efforts for Manila Bay in Barangay Tawiran
in this town on Sunday.

Forty-three of the establishments are located in Bulacan — 16 in the
City of Meycauayan, 24 in the town of Obando, three in Marilao and
four in Mariveles, Bataan.

“Affected industries in the City of Meycauayan include those that are
involved in the leather and jewelry industries, fishpond operators in
Obando town and beach resort, hotel and manufacturing in Mariveles,
Bataan,” Claudio said.

She said the establishments would be monitored closely and would
remain closed until they have complied with the necessary
requirements. PNA

Politiko would love to hear your views on this...
Post Views: 0
Spread the love
Tags: Barangay Tawiran, Bataan, Department of Environment and Natural Resources (DENR), Lormelyn Claudio, Manila Bay, Marilao, Mariveles
Disclaimer:
The comments posted on this site do not necessarily represent or reflect the views of management and owner of POLITICS.com.ph. We reserve the right to exclude comments that we deem to be inconsistent with our editorial standards.