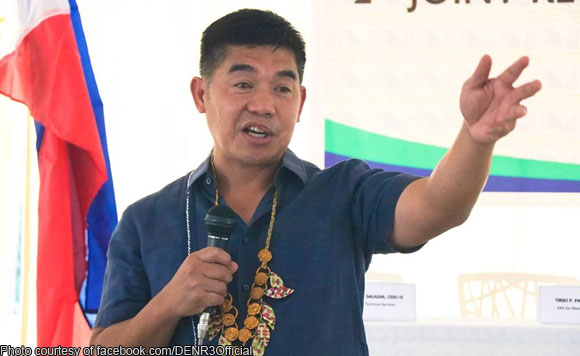 The Department of Environment and Natural Resources (DENR) Central Luzon has urged candidates running for the May 14 barangay and Sangguniang Kabataan elections to be environment-friendly.

Paquito Moreno Jr., regional director of DENR in Central Luzon, said candidates and their supporters should not post campaign materials on the trees and to avoid the use of plastics.

“We will be vigilant and remove, without hesitation, any campaign materials nailed or stapled to trees,” he said.

The official said the DENR is empowered by the law to take down any material attached to trees in a way that is damaging to the plant.

Moreno said that poll candidates should minimize the use of plastic in the creation of their campaign posters.

Citing a study, he said that it takes over 450 years for plastic to break down while campaign materials usually made of plastic could end up in the oceans or might be ingested by marine species like sea turtles.

Comelec Resolution No. 9615, on the other hand, encourages candidates to use recyclable and environment-friendly materials.

Politiko would love to hear your views on this...
Spread the love
Tags: barangay and Sangguniang Kabataan elections., Central Luzon, Commission on Elections, Department of Environment and Natural Resources, Department of Public Works and Highways, Metro Manila Development Authority, Paquito Moreno Jr.
Disclaimer:
The comments posted on this site do not necessarily represent or reflect the views of management and owner of POLITICS.com.ph. We reserve the right to exclude comments that we deem to be inconsistent with our editorial standards.