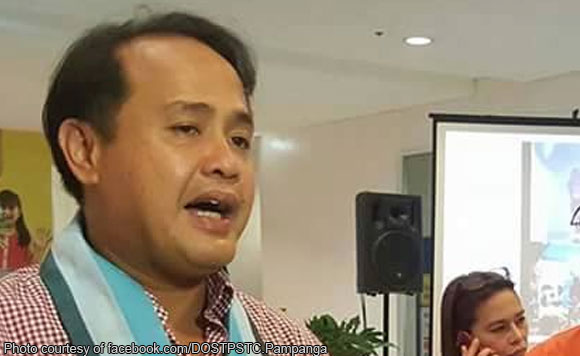 Pampanga Acting Governor Dennis Pineda said he wants drug reformists to be productive through the province’s livelihood and training programs.

Pineda told the province’s chiefs of police that they will be given 2,000 employment slots under the Tulong Panghanapbuhay sa ating mga Disadvantaged/ Displaced Workers (TUPAD) program.

The Pampanga politiko said this will help the drug reformists augment their income for their families.

The reformists will be tasked to clean up the streets and dredge silted canals under TUPAD, which was organized by the Department of Labor and Employment (DOLE).

Politiko would love to hear your views on this...
Post Views: 0
Spread the love
Tags: Department of Labor and Employment, Governor Dennis Pineda, Pampanga, Tulong Panghanapbuhay sa ating mga Disadvantaged/ Displaced Workers
Disclaimer:
The comments posted on this site do not necessarily represent or reflect the views of management and owner of POLITICS.com.ph. We reserve the right to exclude comments that we deem to be inconsistent with our editorial standards.