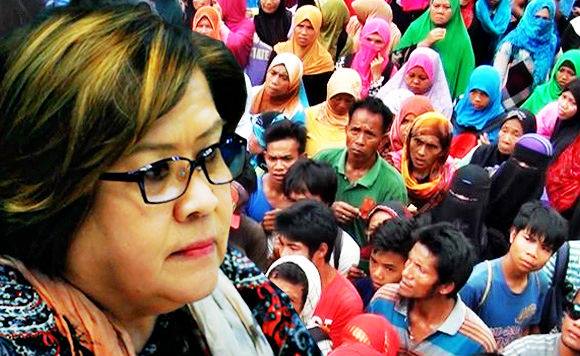 Senator Leila de Lima has called for a probe into the government’s proposal for special identification cards for Muslims in Central Luzon as a counter-terrorism measure.

Local government units in Central Luzon have been mulling the implementation of a special ID system for Muslims to help the police identify people with terrorist ties.

The move has been proposed in Pampanga, Bataan, Tarlac, Nueva Ecija, and Aurora.

The special ID system has been earlier implemented in Paniqui, Tarlac, with the IDs bearing signatures of local government officials and the police.

“Implementing an ID system that singles out Islamic faithful promotes discrimination towards our Muslim brothers and sisters,” De Lima said.

“While the presence of terrorist groups in the Philippines posits a threat to national security, policies emanating from such situation should not be used as justification to jeopardize equal protection of law, which the Constitution affords all citizens,” she added.

Politiko would love to hear your views on this...
Spread the love
Tags: Aurora, Bataan, Nueva Ecija, Pampanga, Paniqui, Senate, Senator Leila de Lima, Tarlac
Disclaimer:
The comments posted on this site do not necessarily represent or reflect the views of management and owner of POLITICS.com.ph. We reserve the right to exclude comments that we deem to be inconsistent with our editorial standards.