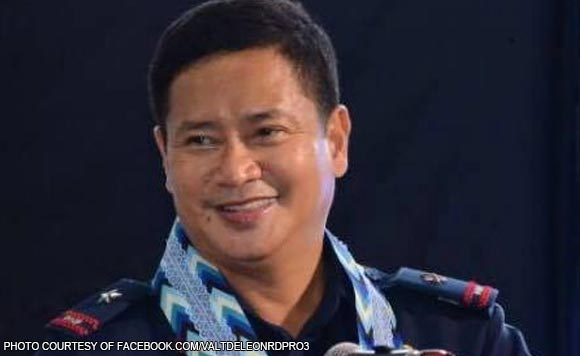 Central Luzon police director Valeriano De Leon warned all police officers in the region to steer clear of illegal drugs and other illegal activities or be removed from the service.

“May this serve as a stern warning to all who are still involved in illegal activities, we will never tolerate any wrongdoings and we will remove you from the service outright,” he was quoted in a Sun Star Pampanga report.

De Leon issued the statement after he scolded a police officer who was recently arrested during an anti-illegal drug operation in Tarlac City.

“Your actions were a complete betrayal of public trust and confidence,” De Leon told the detained policeman, according to a Sun Star Pampanga report.

During his visit at the Gerona Police Station on Monday, De Leon said Orquero will be booted from the Philippine National Police and will be facing both administrative and criminal charges.

He warned the personnel of Gerona station to toe the line and never to engage in any illegal activities, according to the Sun Star report.

Politiko would love to hear your views on this...
Spread the love
Tags: Central Luzon, illegal activities, police officers, Valeriano De Leon
Disclaimer:
The comments posted on this site do not necessarily represent or reflect the views of management and owner of POLITICS.com.ph. We reserve the right to exclude comments that we deem to be inconsistent with our editorial standards.