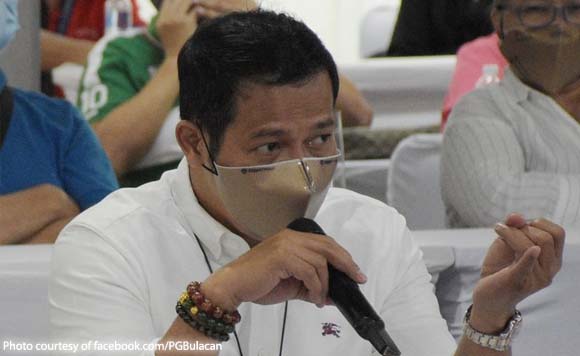 Bulacan Governor Daniel Fernando reported Thursday that 14,517 people were evacuated in the province due to Typhoon Ulysses.

In a television interview, Fernando said many of the provinces’ cities and municipalities were flooded after the onslaught of “Ulysses”.

Aside from the rainfall brought by the typhoon, he said the spilling of the Angat, Bustos, and Ipo dams contributed to the flooding in the municipalities of San Miguel, San Rafael, and San Ildefonso.

Fernando said the towns of Sta. Maria, Bocaue, and Marilao, as well as Meycauayan City and other low-lying areas in the province, were also inundated.

The provincial government initiated the rescue operations, he said, mentioning that in Barangay Lawa, Meycauayan City, a woman asked for help after she and her newborn child were trapped in their flooded house.

Fernando added that the flood along McArthur Highway in front of SM Marilao was chest-deep.

Early Thursday, SM Supermalls president Steven Tan said only SM Marilao, among all SM malls affected by “Ulysses”, was closed on Thursday due to floods in the vicinity.

On the other hand, the Manila Electric Co. (Meralco) reported that as of noon Thursday, 607,774 customers in Bulacan were out of electricity.

The province was placed under Tropical Cyclone Wind Signal (TCWS) No. 3 on Wednesday.

Fernando said no casualties have so far been reported in the province. (PNA)

Politiko would love to hear your views on this...
Spread the love
Tags: Bulacan, evacuated, Governor Daniel Fernando, Ulysses
Disclaimer:
The comments posted on this site do not necessarily represent or reflect the views of management and owner of POLITICS.com.ph. We reserve the right to exclude comments that we deem to be inconsistent with our editorial standards.