DA to roll out solar-powered irrigation project in Nueva Ecija 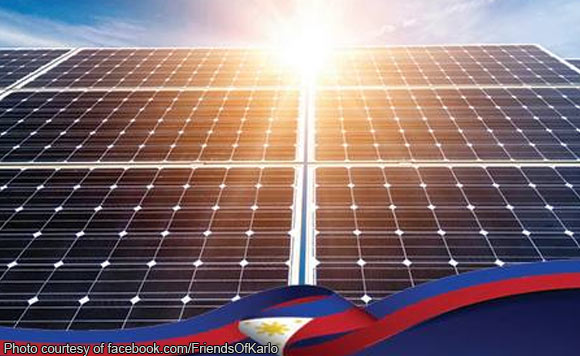 The Department of Agriculture (DA) is set to inaugurate next month its P7.2-million pilot solar-powered irrigation project in Nueva Ecija.

The Caridad Norte and Sur Solar Powered Irrigation System (SPIS) will be unveiled at Brgy. Caridad Norte in Llanera town under the DA’s rice program.

The SPIS is an irrigation system powered by solar energy, instead of fossil fuel or electricity. It is consists of one or more solar panels, also known as solar modules or solar plates, a pump, electronic controls or a controller device to operate the pump, storage tank, and conveyance structures.

It could irrigate 50 to 65 hectares of rainfed rice area and can continuously operate for six hours daily.

Politiko would love to hear your views on this...
Spread the love
Tags: Brgy. Caridad Norte, Caridad Norte and Sur Irrigators Association, Department of Agriculture, Llanera town, Sur Solar Powered Irrigation System
Disclaimer:
The comments posted on this site do not necessarily represent or reflect the views of management and owner of POLITICS.com.ph. We reserve the right to exclude comments that we deem to be inconsistent with our editorial standards.