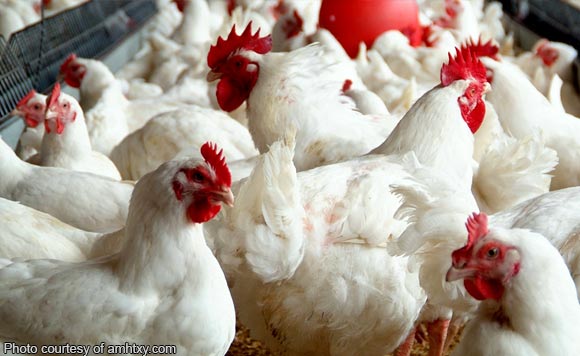 The Department of Agriculture (DA) on August 24 confirmed that the bird flu strain that hit San Luis is transmissible to humans.

Burea of Animal Industry (BAI) Arlene Vytiaco said that the bird flu strain has been identified as H5N6.

Vytiaco said that while H5N6 is transmissible to humans, the transmission late is very low.

“May mortality po, pero worldwide po since 2013 or 2014 na nagkaroon tayo nito, worldwide, wala pang 20 ang namamatay and most of them were from China, at ang mga taong ito were directly exposed sa birds kasi they were working sa live bird markets,” she said.

Agriculture Secretary Emmanuel Piñol said that none of the farm workers in San Luis have gotten sick so far.

Politiko would love to hear your views on this...
Post Views: 0
Spread the love
Tags: Arlene Vytiaco, bird flu, Burea of Animal Industry (BAI), Department of Agriculture (DA), Emmanuel Piñol, H5N6, San Luis
Disclaimer:
The comments posted on this site do not necessarily represent or reflect the views of management and owner of POLITICS.com.ph. We reserve the right to exclude comments that we deem to be inconsistent with our editorial standards.