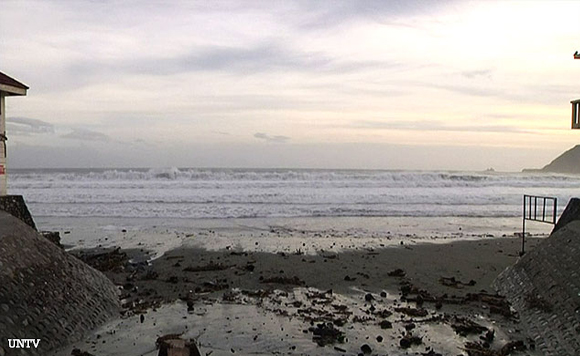 The National Disaster Risk Reduction and Management Council (NDRRMC) on Tuesday alerted coastal communities in four provinces in Central Luzon as well as in Manila of possible storm surges of up to two meters.

State meteorologists warned low-lying communities to take precautionary measures as Ulysses might cause cause an upswell in the main Pampanga River and its tributaries and secondary streams.

Storm surges in coastal areas could also be experienced in Pampanga and Bulacan, Pagasa warned.
.
Tropical Cyclone Warning Signal No. 1 was raised in Bulacan, Pampanga, Nueva Ecija, Tarlac and parts of Zambales, as well as Metro Manila.

Politiko would love to hear your views on this...
Spread the love
Tags: Central Luzon, coastal, National Disaster Risk Reduction and Management Council (NDRRMC), storm surges
Disclaimer:
The comments posted on this site do not necessarily represent or reflect the views of management and owner of POLITICS.com.ph. We reserve the right to exclude comments that we deem to be inconsistent with our editorial standards.