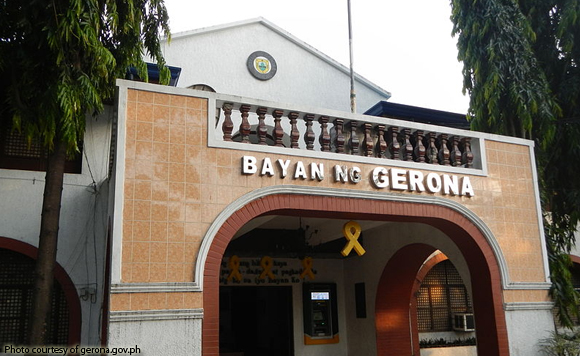 State auditors gave a failing grade to the municipal government of Gerona in Tarlac for a poor implementation of its solid waste management program in 2015.

In a 2016 report, the Commission on Audit (COA) said the municipality failed to adopt a systematic, comprehensive and ecological solid waste management program that would ensure the proper segregation, collection, transport, storage, treatment and disposal of solid waste.

This resulted in the failure of the local government unit to achieve the primary objective of Republic Act 9003, or the Ecological Solid Waste Management Act, to protect the municipality’s environment and public health from substantial present and potential hazards of solid wastes.

In terms of mandatory segregation of waste from source, the auditors said the municipal government had properly marked containers but the contents of each bin were mixed biodegradable and non-biodegradable garbage.

The auditors said there was no mandatory segregation of wastes at source in other areas where there were no separate containers for each type of waste.

The auditors added that there was a central Materials Recovery Facility (MRF) established, but the composting drums were not operational since last year.

The municipality was also found to have not implemented the anti-littering provision of the law because of the presence of scattered wastes on the streets and other public places.

The municipality also has no “No-Littering” ordinance, because deliberation on the matter was still on-going at the Sangguniang Bayan, the auditors added.

“The above observations manifested that the Municipality was not efficient in implementing Republic Act 9003, thus its solid wastes continued to pose present and potential hazards to the environment and public health,” the auditors said.

The COA urged the municipal mayor Dennis Norman Go to coordinate public and private sectors for the implementation of the five basic environmental regulations on preserving and protecting the environment and public health as required under the law.

Politiko would love to hear your views on this...
Post Views: 8
Spread the love
Tags: Commission on Audit, Materials Recovery Facility, Metro Clark Sanitary Landfill Facility at Clark Special Economic Zone, municipal government of Gerona in Tarlac, Sangguniang Bayan
Disclaimer:
The comments posted on this site do not necessarily represent or reflect the views of management and owner of POLITICS.com.ph. We reserve the right to exclude comments that we deem to be inconsistent with our editorial standards.