COA flags lack of “due diligence” in Zambales quarrying operations 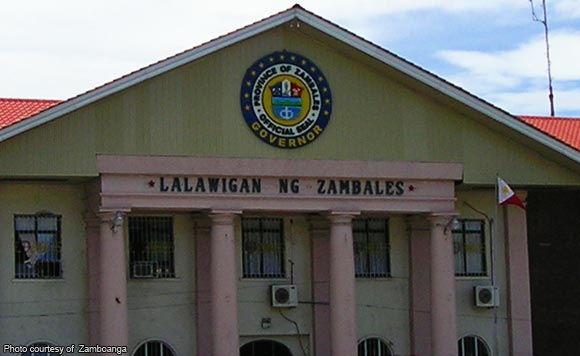 The Commission on Audit (COA) revealed that the failure of the provincial government of Zambales to monitor quarrying operations has led to deficiencies in observing local permits, documentary requirements and fees collection.

This, despite the recent boom in tax collections on sand, gravel and other quarry resources which jumped from P9.81 million in 2016 to P23.13 million in 2018.

“It was apparent…that there was a sudden increase on the taxes collected from quarry operations which only proves that it could be a good source of income by the Province,” COA noted in its 2018 annual audit report.

According to Environment and Natural Resources of Zambales (ENROZ) records, there are currently 118 operators and individuals who were able to apply for Special Extraction Permits (SEP), yet state auditors marked that a number failed to secure them prior to initiating extraction activities.

“Review of the Quarry Production Report provided by the ENROZ disclosed that 40 operators/individuals have continuously engaged in extraction activities in spite of the expiration of previously issued SEP,” the report read. “Similarly, ten operators/individuals already proceeded to undertake quarry activities prior to the issuance of regular Commercial/Industrial Sand and Gravel Permits.

In addition, the aforementioned reportedly continued to do so for a period of two to eight months.

ENROZ admitted that the infractions were due to delays in the issuance of the SEP, and that the concerned operators have already applied for the regular permit, but failed to complete the mandatory requirements – another deficiency noted by state auditors. 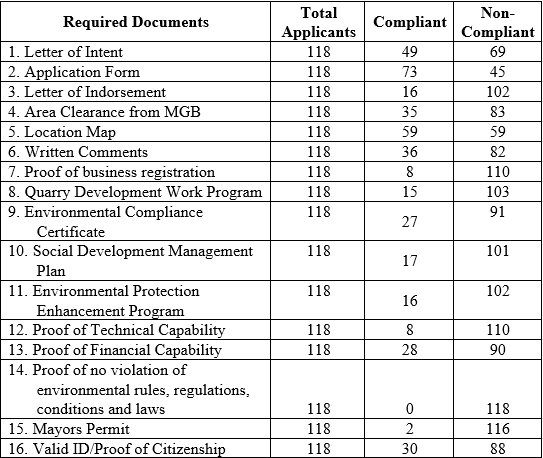 Source: 2018 Annual Audit Report on the Province of Zambales

COA noted that applicants were granted permits despite failure to comply with even the most basic requirements like a letter of intent, application form, mayor’s permit or a valid ID card.

ENROZ explained that they accepted applicants with incomplete requirements “provided they submit the same afterwards” – a practice that showed “laxity” in monitoring, according to state auditors.

Lastly, the audit team’s ocular inspection revealed the same deficiencies on the field, with quarrying trucks using a single Delivery Receipt (DR) per day, contrary to that required by Zambales ordinance.

“With this practice, (Zambales) was deprived of the fees that it could have collected from the deliveries of extracted quarry resources without delivery receipts,” COA said.

COA ordered Zambales Governor Hermogenes E. Ebdane, Jr., who unseated Amor Deloso, to direct concerned officials to ensure that mandatory requirements are complete prior to the issuance of permits, and that a task force be created which will conduct regular inspections of quarrying operations.