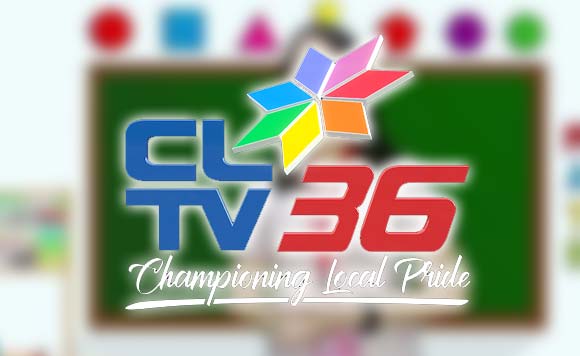 CLTV36, the only regional TV station operating in Central Luzon, has officially started airing the Department of Education’s “TeleSkwela” as part of its TV-based distance learning program, according to station executives.

The K-12 programs run from 8 a.m. to 7 p.m. daily for students in Central Luzon in response to the DepEd’s directive to implement distance learning amid risks of face-to-face classes due to the pandemic.

CLTV36, together with the Pampanga provincial government, the San Fernando city government, and the local school boards of DepEd Pampanga and DepEd San Fernando, forged an agreement to air the TeleSkwela program free-of-charge, CLTV36 said in a Sunstar Pampanga report.

The show will also be available nationwide through Cignal TV Channel 115, according to the report.

CLTV36 executives say the station has the potential to reach an estimated 98 percent of students in Pampanga.

“The most important element to this partnership is that TeleSkwela will be totally free – both for the DepEd to air their programs on our station, and for the students and families who wish to participate in the new learning process,” CLTV36 president and general manager Sonia Soto said in a press release.

“For learners, all you really need is an antenna and a television, which most Filipino households have,” she added.

The TeleSkwela program encompasses the entire K-12 curriculum, with each K-12 level assigned a 45-minute time slot per day.

CLTV36 will also air locally-oriented news stories between lessons, which “will allow students to keep abreast of current events and to connect these stories with their studies.”

Politiko would love to hear your views on this...
Post Views: 74
Spread the love
Tags: Central Luzon, DepEd, DepEd Pampanga, DepEd San Fernando, face-to-face, regional TV station, TeleSkwela
Disclaimer:
The comments posted on this site do not necessarily represent or reflect the views of management and owner of POLITICS.com.ph. We reserve the right to exclude comments that we deem to be inconsistent with our editorial standards.