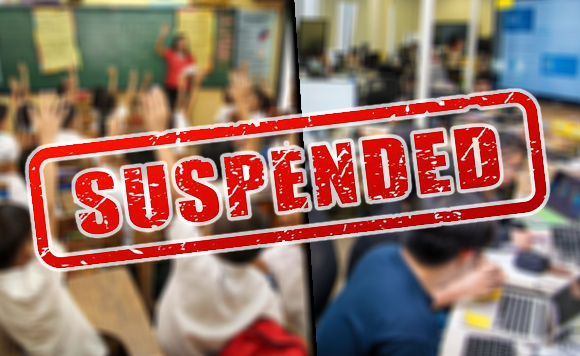 CITY OF SAN FERNANDO, Pampanga— Work and classes in some areas in Central Luzon were suspended on Tuesday following the magnitude 6.1 earthquake that jolted parts of the Central Luzon region.

The move is to tied to efforts to check the structural integrity of buildings and other structures that might have been affected by Monday’s strong tremor.

The provinces that declared the suspension of classes, both in private and public, as well as work in government and private offices, are Zambales, Pampanga and Nueva Ecija.

Governor Amor Deloso, in his advisory, said this is to give way for the inspection of all structures in the province.

The epicenter of the 6.1 magnitude earthquake is in Castillejos, Zambales.

Pampanga Governor Lilia Pineda likewise said the suspension of classes and work is to give opportunity to concerned agencies to assess the extent of damage caused by the tremor.

Nueva Ecija Governor Czarina Umali also said the move is to ensure that buildings and other structures in the province are safe for students and employees.

Umali said that she already directed the Provincial Engineering Office, city and municipal engineers, as well as the First and Second Engineering Districts of the Department of Public Works and Highways, to conduct necessary inspection of all bridges and other infrastructures in the province.

Likewise, classes in both public and private schools in Angeles City are suspended until the city government/city engineer’s office has inspected all school buildings, according to city Mayor Edgardo Pamintuan.

The campus of the Holy Angel University in Angeles City will also be closed on Tuesday and Wednesday for seismic inspection.

Mayor Christian Natividad also suspended classes, both in private and public, in Malolos City, Bulacan as the City Engineering Department will conduct inspection of school structures and other edifices.

School officials of the Bataan Peninsula State University also suspended work and classes in all their campuses for the conduct of rapid damage assessment. (PNA)

Politiko would love to hear your views on this...
Spread the love
Tags: Amor Deloso, Angeles City, Bataan Peninsula State University, Bulacan, Castillejos, Central Luzon, City Engineering Department, Department of Public Works and Highways, Edgardo Pamintuan, Malolos City, Nueva Ecija, Zambales
Disclaimer:
The comments posted on this site do not necessarily represent or reflect the views of management and owner of POLITICS.com.ph. We reserve the right to exclude comments that we deem to be inconsistent with our editorial standards.