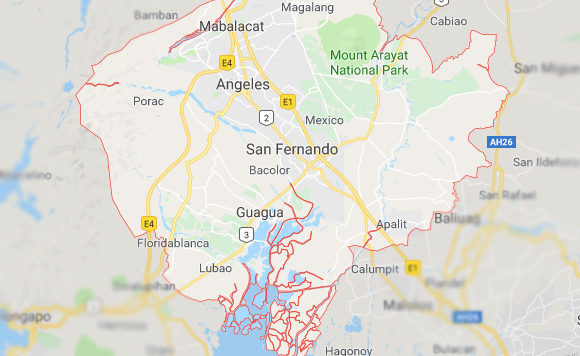 Public Works Secretary Mark Villar has identified three areas in Pampanga that were badly hit by the quake last Monday.

Also damaged were areas in the towns of Dinalupihan in Bataan (collapsed Dinalupihan-Pampanga Boundary Arch), Bacolor (Megadike Access Roads, which is closed from Dolores to Calibutbut/Maliwalo in Bacolor, Pampanga) and Floridablanca (Floridablanca Consuelo Bridge), both in Pampanga.

At least five people were killed while over 100 were injured in the earthquake that struck Castillejos, Zambales on Monday afternoon, which was also felt in Metro Manila.

Villar also ordered the Bureau of Maintenance to conduct rapid assessment on damages in the affected areas.

“Unified Project Management Office (UPMO) Directors handling big ticket projects in Central Luzon and NCR have been instructed to conduct assessment of their on going projects,” the DPWH chief added.

Villar said that all equipment and personnel from Region III, NCR, Region 4-A and their corresponding District Engineering Offices have been activated for clearing and rescue operations.

“Coordination was already established by DPWH with their corresponding Provincial Risk Reduction Management Council counterpart in the area for a more synchronized response,” he added.(PNA)

Politiko would love to hear your views on this...
Spread the love
Tags: Central Luzon and National, Clark (Clark International Airport, Department of Public Works and Highways (DPWH), Lubao (Road, Mark Villar, National Capital Region (NCR), Pampanga, Porac (Chuzon Supermarket, Sasmuan-Lubao bridge
Disclaimer:
The comments posted on this site do not necessarily represent or reflect the views of management and owner of POLITICS.com.ph. We reserve the right to exclude comments that we deem to be inconsistent with our editorial standards.