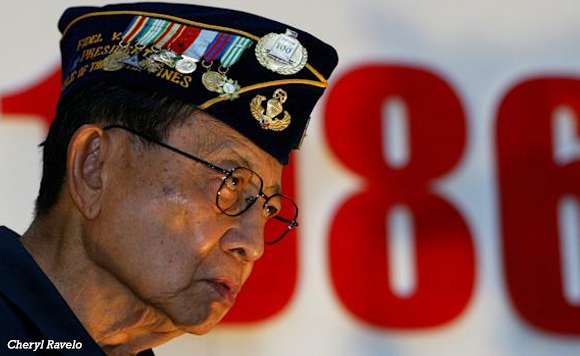 During a flag-raising ceremony, Gaerlan requested a one minute of silence and ordered the flag to be flown at half-mast in honor of his passing.

Gaerlan, a former Police Brigadier General and served as Ramos’ aide-de-camp, said he “was the major catalyst for nation building during his term in 1992-1998. Under his leadership, CDC was established after he signed EO 80 in 1993”.

“This catapulted the creation of CDC as the implementing arm of BCDA in this Freeport. He will forever be remembered as a lead advocate in promoting economic development in the country,” he added.

On a personal note, Gaerlan expressed his sympathy towards the Ramos family during this very difficult time.

“Ang CDC, kasama ng buong Gaerlan family, ay lubos na nalulungkot sa pagkawala ng dating Pangulong Fidel V. Ramos. The lessons I learned from him when I served as his Aide-de-Camp and Security Officer guided me in my career in the Philippine National Police and in Clark as CEO. He is truly an inspirational leader,” he said.

For his part, CDC chair Edgardo Pamintuan conveyed his condolences in a statement posted on his Facebook page.

“Fidel V. Ramos was the father of the Bases Conversion and Development Act that made it possible for cities, towns and provinces surrounding the former Clark Air Force base to recover from the devastating effects of the Pinatubo eruption and lahar,” he said.

“From a desolate piece of land, Clark is now a Philippine Freeport and special economic zone generating roughly 120,000 jobs and has contributed 6 billion pesos in revenues to the national coffers,” Pamintuan said.

Politiko would love to hear your views on this...
Spread the love
Tags: Clark Development Corporation (CDC), Fidel V. Ramos (FVR), Manuel Gaerlan
Disclaimer:
The comments posted on this site do not necessarily represent or reflect the views of management and owner of POLITICS.com.ph. We reserve the right to exclude comments that we deem to be inconsistent with our editorial standards.