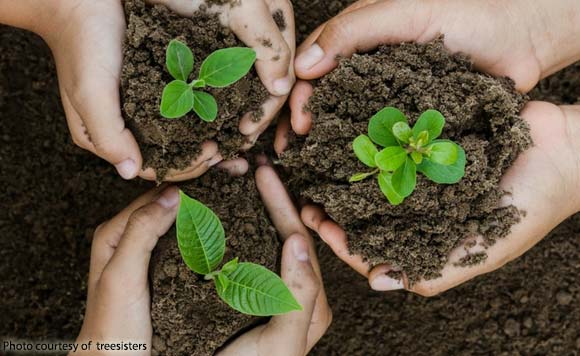 An official of the government-run Clark International Airport Corp. on Monday urged members of the Philippine National Police—Aviation Security Unit 3 to protect the environment and promote physical well-being.

In a message during the National Women’s Month kickoff at the PNP Polar Base at Clark, Irish Calaguas, CIAC vice president for operations, said law enforcers must be committed in protecting the environment especially in this time of pandemic.

Calaguas, a former acting deputy director general for administration and chief of staff of the Philippine Drug Enforcement Agency, also encouraged the members of AVSE group to help the Angeles City government in its call to reforest the 560 hectare watershed of Angeles City and Clark located in Barangay Sapangbato.

She explained the CIAC appropriated a total of P500,000 for the purchase of seedlings.

“The city government needs manpower to effectively carry out its goal to reforest the watershed,” Calaguas said.

She sought manpower assistance from the AVSE group for the CIAC’s tree-nurturing activities as part of the agency’s corporate social responsibility.

The CIAC official also urged members of the PNP AVSEU 3, led by Police Lt. Col. Edgardo Rivera, to become CIAC’s partners to “effectively lead in campaigns to care for the environment.”

“I salute you as law enforcers because your individual efforts in defense against COVID-19 are parallel to your actions in defense of the environment,” she said.

“All women who have great capacities as leaders, educators and innovators must be involved in all levels of decision-making relevant to environmental protection and sustainable development,” Calaguas said.

Politiko would love to hear your views on this...
Post Views: 5
Spread the love
Tags: CIAC vice president, physical well-being, PNP, PNP Polar Base
Disclaimer:
The comments posted on this site do not necessarily represent or reflect the views of management and owner of POLITICS.com.ph. We reserve the right to exclude comments that we deem to be inconsistent with our editorial standards.