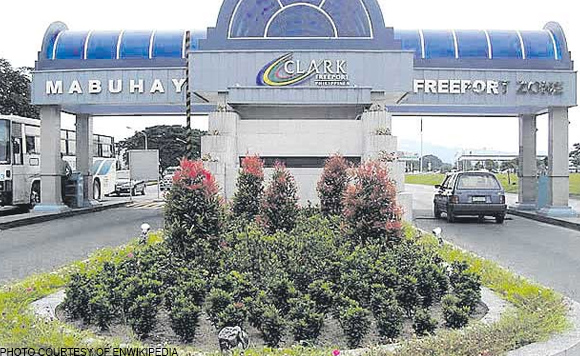 The Clark Investors and Locators Association (CILA) has expressed worry over a possible “environmental emergency” in the Clark Freeport Zone with the Environmental Management Bureau’s (EMB) warning to Clark Water Corporation (CWC) that their temporary discharge permit may not be renewed after it expires on October 30.

The wastewater treatment plant in Clark will have to close, according to the EMB.

In their letter to CWC dated, October 25, with copies furnished to Clark Development Corporation (CDC) and CILA, EMB’s Wilson Trajeco wrote that the Temporary Discharge Permit (TDP) will only be renewed if CWC continues working on their current project site to meet effluent standards.

If the TDP is not renewed when it expires this October 30, a Cease and Desist order will be issued and CWC’s Wastewater Treatment Plant will be closed and each Clark locator will be responsible for their wastewater disposal. Each locator has to dispose of their wastewater in accordance with the General Effluent Standards or face penalties.

No locator in Clark is equipped to manage it’s own wastewater so they will all have to close down if this issue does not get resolved before the October 30 deadline.

CDC, CILA, and CWC held an emergency meeting on October 28 to discuss this looming problem and come up with a plan of action for different eventualities.

In the meeting, CWC assured CILA and CDC that they will meet the building permit requirements of CDC and secure an extension of the TDP to prevent this emergency from happening. CWC, General Manager, Christina Cruz promises to do everything they can to meet the extension requirements of EMB.

CDC president General Manuel Gaerlan said the state-run firm would use all means available to them including legal and appeals to other government agencies connected to EMB to make sure that the locators will not face this challenge of no wastewater treatment in Clark.

CILA Chairman Ireneo Alvaro urged the EMB to resolve the matter expeditiously and thanked CDC for supporting he stand of the locators for affordable and clean water.

“We are wondering why EMB is so concerned about CWC’s completion of the new WWTP when a proof of compliance from CWC should be enough. Why is EMB so concerned about the building permit to be issued by CDC? This is already an encroachment of CDC function,” he said.

CILA President Jeannie Del Rosario Ng said EMB’s letter to CWC has caused undue anxiety among the biggest investors in the Clark Freeport with their threat of the WWTP closure.

“This is the second time this year that the EMB has threatened to issue a Cease and Desist Order (CDO) to CWC,” she noted.

“This constant threat does not help in boosting investor confidence and help in maintaining a business-friendly regulatory environment in the zone. If CWC says they have passed the water sampling of discharged water done by EMB, why are they being threatened with another CDO and non renewal of discharge permit?” Ng said.

“Shouldn’t the discharge permit be based on passing the discharge or effluent standards only and not on any building plan?” she added.

Politiko would love to hear your views on this...
Spread the love
Tags: Clark Investors and Locators Association (CILA), Clark Water Corporation (CWC)
Disclaimer:
The comments posted on this site do not necessarily represent or reflect the views of management and owner of POLITICS.com.ph. We reserve the right to exclude comments that we deem to be inconsistent with our editorial standards.