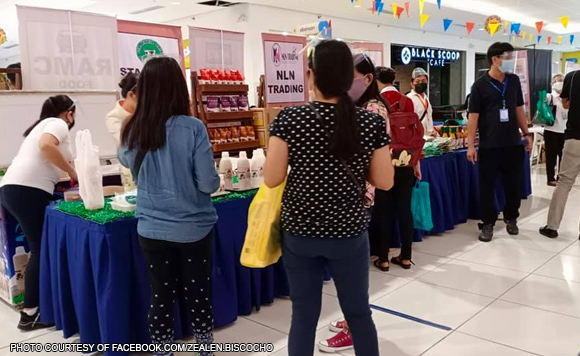 The Department of Trade and Industry Regional Office III (DTI-3) recently reported that.

The Likha ng Central Luzon Hybrid Trade Fair organized by the Department of Trade and Industry earned a total of P10.9 million in sales of local products from the region’s seven provinces, officials said.

According to DTI Central Luzon, P5.33 million was sold in physical stores while P5.6 ,illion was generated through the online selling platform of Likha ng Central Luzon.

Regional Director Leonila Baluyut said the 23rd year of the Likha Trade Fair was held this year through a hybrid trade fair style to enable the participant micro small and medium entrepreneurs (MSMEs) to exhibit their quality products in both online and physical platforms.

The DTI announced that because of the positive sales figures, the trade fair will continue up to October 31 through its online selling portal accessible through Facebook and the Likha ng Central Luzon website.

Politiko would love to hear your views on this...
Spread the love
Tags: Department of Trade and Industry Regional Office, Likha ng Central Luzon Hybrid Trade Fair
Disclaimer:
The comments posted on this site do not necessarily represent or reflect the views of management and owner of POLITICS.com.ph. We reserve the right to exclude comments that we deem to be inconsistent with our editorial standards.