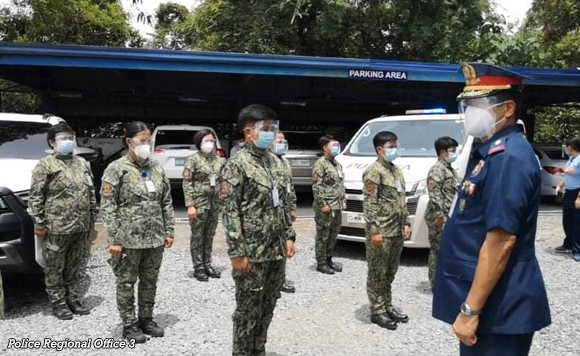 For the first time in two decades, the Central Luzon police force has been named as the best police regional office nationwide.

Police Regional Office 3 or PRO-3 received the award during the 120th Police Service Anniversary on Thursday at Camp Crame, Quezon City, according to a Sun Star Pampanga report.

The report noted that it was the first time in 20 years that PRO-3 bested the 16 other police regional offices.

“This recognition will surely lift the spirits of our PRO Central Luzon personnel as we work tirelessly to fulfill our commitment of fighting criminality and wiping out illegal drugs in the region,” De Leon was quoted as saying.

“We also share this feat with our stakeholders and all local government units who have been extending their unyielding support,” De Leon said.

“We dare to soar and aim at raising ourselves to keep on delivering excellent police services to the people of Central Luzon ignited by our desire to continuously carry out our mantra, ‘To Serve is our Passion, To Protect is our Action,’” he said.

Politiko would love to hear your views on this...
Spread the love
Tags: Central Luzon, Central Luzon Police, Police
Disclaimer:
The comments posted on this site do not necessarily represent or reflect the views of management and owner of POLITICS.com.ph. We reserve the right to exclude comments that we deem to be inconsistent with our editorial standards.