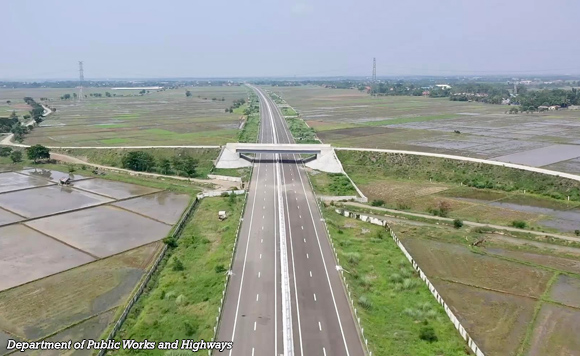 The 30-kilometer Central Luzon Link Expressway (CLLEX) Project is now 96 percent complete, according to the Department of Public Works and Highways (DPWH).

In a Sun Star Pampanga report, Emil Sadin, DPWH undersecretary for Unified Project Management Office (Upmo), said the first 18 kilometers of CLLEX from Tarlac Interchange at the connection of Subic-Clark-Tarlac Expressway (SCTEX) and Tarlac-Pangasinan-La Union Expressway (TPLEX) in Balingcanaway, Tarlac City to Guimba-Aliaga Road in Aliaga, Nueva Ecija will be extended with additional 11 kilometers by March next year.

This includes seven kilometers up to San Juan Interchange and four kilometers to Umangan-Julo Road at the boundary of Aliaga and Cabanatuan City before Felipe Vergara Road and Daang Maharlika Highway, the report said.

According to the report, Sadain was accompanied by DPWH UPMO-Roads Management Cluster 1 Project Director Benjamin Bautista during an inspection on July 22.

The two inspected the ongoing works at the four-lane expressway including interchanges, overpasses and underpasses from Aliaga Section to Cabanatuan Section, the report added.

The construction of these sections had been stalled because of a problem in the acquisition of road right of way.

CLLEX is part of the Luzon Spine Expressway Network, which is aimed at reducing travel time from the northernmost part of Luzon in Ilocos to the southernmost part in Bicol, the report said.

Politiko would love to hear your views on this...
Spread the love
Tags: Central Luzon Link Expressway (CLLEX), Department of Public Works and Highways (DPWH), Emil Sadin
Disclaimer:
The comments posted on this site do not necessarily represent or reflect the views of management and owner of POLITICS.com.ph. We reserve the right to exclude comments that we deem to be inconsistent with our editorial standards.