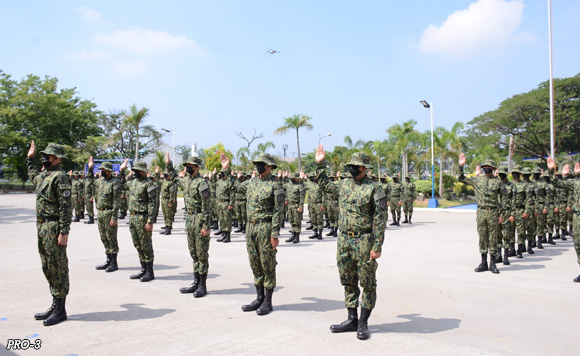 Brig. Gen. Matthew Baccay said the operations would not stop until the region was drug-free.

“We are continuously conducting proactive operations against all forms of illegal drugs in the region and we will not stop until we achieve our quest of a drug-free Central Luzon,” he said in a statement.

On Tuesday the police arrested suspects as Julius Guillermo, 30; and Jean Dantes, 53.

Guillermo was nabbed in a buy-bust operation in Barangay Mawaque Maragul, Mabalacat City that led to the confiscation of six pieces of heat-sealed and two pieces of knot-tied transparent plastic sachets containing shabu weighing 305 grams with an estimated Dangerous Drug Board (DDB) value of P2.074 million, one cellular phone, one piece of genuine P1,000 bill, 19 pieces of boodle money, and a weighing scale.

Dantes was arrested in an entrapment operation in Barangay Dila-dila in Sta. Rita town.

Politiko would love to hear your views on this...
Spread the love
Tags: Central Luzon, drug, Police Regional Office (PRO-3)
Disclaimer:
The comments posted on this site do not necessarily represent or reflect the views of management and owner of POLITICS.com.ph. We reserve the right to exclude comments that we deem to be inconsistent with our editorial standards.