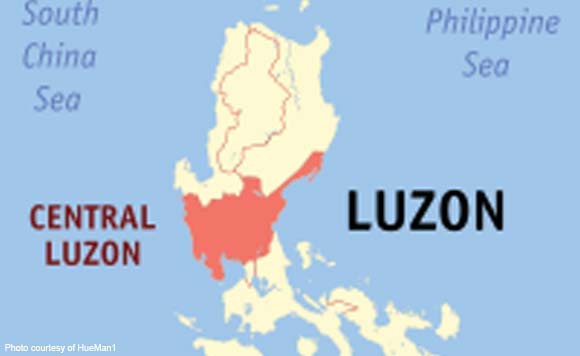 Five provinces in Central Luzon will experience strong winds of betweenn 171 and 220 kph under Tropical Cyclone Wind Signal 4 in the next 12 hours as Typhoon Rolly continues its onslaught in the mainland, based on the Pagasa weather bureau’s forecast on Sunday.

On the other hand, TCWS 3, signaling 121-170 kph winds, has been declared in Tarlac, the southern portion of Nueva Ecija and the central portion of Aurora.

Pagasa warned of “catastrophic violent winds and intense to torrential rainfall” over the western portion of Camarines Sur, Marinduque, the central and southern portions of Quezon, Laguna, the eastern portion of Batangas, and Cavite.

“This a particularly dangerous situation for these areas,” the weather bureau said.

Rolly weakened into a Typhoon at 8 a.m. Sunday.

The center of this typhoon will move towards Marinduque-Southern Quezon area this afternoon, Pagasa predicted.

Rolly is forecast to exit the mainland Luzon landmass and emerge over the Philippine Sea between Sunday night and early Monday morning.

Politiko would love to hear your views on this...
Post Views: 0
Spread the love
Tags: Aurora (Dingalan), Bataan, Bulacan, Central Luzon, PAGASA, Pampanga, Rolly, Tropical Cyclone Wind, Typhoon Rolly, Zambales
Disclaimer:
The comments posted on this site do not necessarily represent or reflect the views of management and owner of POLITICS.com.ph. We reserve the right to exclude comments that we deem to be inconsistent with our editorial standards.