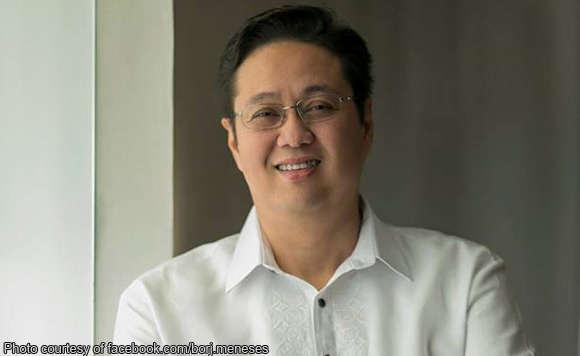 Clark Development Corporation (CDC) Chief Executive Officer and President Noel Manankil could be out of his post soon.

This after President Rodrigo Duterte reported voiced his plan to fire Manankil for alleged corruption at the National Economic and Development Authority (NEDA) board meeting on Tuesday.

Duterte supposedly only mentioned Manankil’s position but did not name him during the meeting.

He reportedly suspects the CDC chief of accepting money for certain projects and deals.

Duterte in a speech on Tuesday also said he was ‘about to fire’ an unnamed government official in Pampanga.

Duterte supposedly gave instructions to Tugade on Manankil during a private conversation on the sidelines of the NEDA board meeting.

Politiko would love to hear your views on this...
Spread the love
Tags: Aquino administration, Clark Development Corporation, Jack Lam, National Economic and Development Authority, Pampanga, President Noel Manankil, president Rodrigo Duterte, Tugade
Disclaimer:
The comments posted on this site do not necessarily represent or reflect the views of management and owner of POLITICS.com.ph. We reserve the right to exclude comments that we deem to be inconsistent with our editorial standards.