CDC plans to unveil FVR bust, honor him as ‘Father of Clark’ 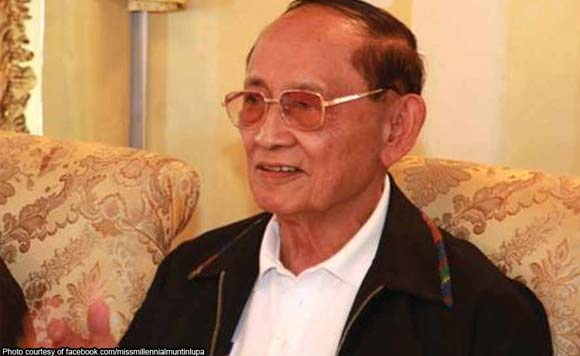 The board of Clark Development Corp. (CDC) will recognize former president Fidel V. Ramos for his role as the “father of Clark” and helping push the development of Clark on his 93rd birthday on March 18.

In a Punto Central Luzon report, CDC chairman Edgardo Pamintuan said a resolution would be passed by the CDC board giving Ramos fitting recognition for his contributions to Clark’s development.

“Fidel V. Ramos is the father of CDC and the development of this area. He signed Executive Order 80 and also declared the Clark airport as the next premiere international airport of the country in 1993. Gagawa kami ng resolution tomorrow,” he was quoted as saying.

“This will be our birthday gift to him. We are also planning on putting up a bust,” Pamintuan said.

It authorizes the establishment of the Clark Development Corporation as the implementing arm of the Bases Conversion and Development Authority for the Clark Special Economic Zone, and directing all heads of departments, bureaus, offices, agencies and instrumentalities of government to support the program.

CDC president and CEO Manuel Gaerlan said he fully supports the resolution expressing recognition on FVR as the “father of Clark.”

Politiko would love to hear your views on this...
Post Views: 32
Spread the love
Tags: Clark Development Corp., Father of Clark', Fidel V. Ramos
Disclaimer:
The comments posted on this site do not necessarily represent or reflect the views of management and owner of POLITICS.com.ph. We reserve the right to exclude comments that we deem to be inconsistent with our editorial standards.