CDC to hold job fair for its 25th anniversary 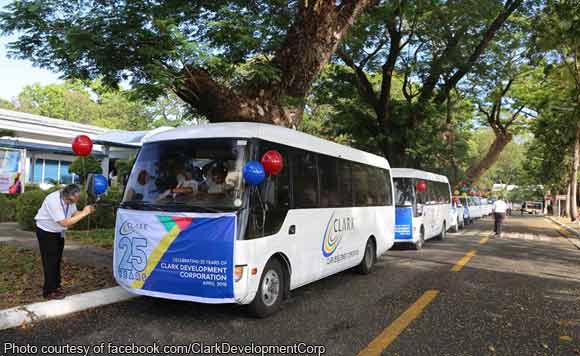 The Clark Development Corporation (CDC) is set to hold an annual job fair later this month as part of its silver anniversary celebration.

CDC kicked off Monday, April 2, its 25th anniversary celebration by holding the flag-raising ceremony and motorcade from Clark Freeport to the cities of Angeles and Mabalacat, Pampanga.

On April 27, the state-run corporation will hold a job fair where close to 100 companies are expected to participate, CDC said in a statement.

Other activities for the CDC’s 25th anniversary include tree-planting inside the Freeport on April 6; fun walk on April 13; and film showing on April 16-17.

The anniversary celebration, which will coincide with the service recognition of employees who have reached five years, 10 years, 15 years and 25 years will be held on April 20.

Proclamation 80, which was signed by then President Fidel V. Ramos, designated the CDC as the implementing arm of Clark Special Economic Zone under the Republic Act 7227—the Bases Conversion Act.

The proclamation was inked on April 3 following the twin devastation wrought by the eruption of Mt. Pinatubo in June 1991 and the eventual pull out of the 13th US Air Force at the former Clark Air Base in Pampanga.

Politiko would love to hear your views on this...
Post Views: 0
Spread the love
Tags: Angeles, Clark Development Corporation, Clark Freeport, Clark Special Economic Zone, Mabalacat, Pampanga, President Fidel V. Ramos
Disclaimer:
The comments posted on this site do not necessarily represent or reflect the views of management and owner of POLITICS.com.ph. We reserve the right to exclude comments that we deem to be inconsistent with our editorial standards.