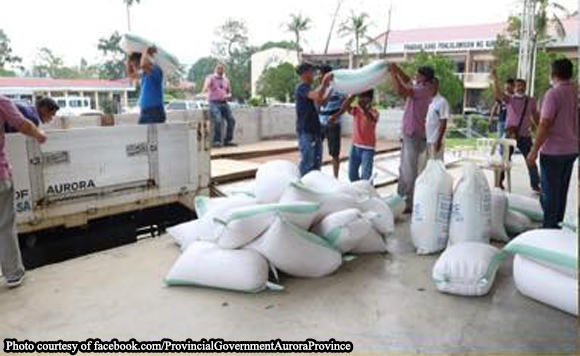 The mayor of Casiguran, Aurora, Ricardo Bitong, immediately sent aid in response to Dingalan Mayor Shierwin Taay’s call for help on behalf of the residents affected by the onslaught of Typhoon “Ulysses.”

Taay appealed for help from other local government executives in Aurora province after many of his constituents in the coastal town lost their livelihood and properties.

The relief operation was managed by provincial agriculturalist Arnold Novicio and Eladio Buenconsejo of PGA-PGSO.

The Aurora government distributed food packs from November 20 to 22 in Dingalan.

Some 5,976 families living on the coast of Dingalan received food packs from the provincial government, he said.

“Together we will stand again as one; with helping hands, we will vanquish the aftermath of Ulysses,” Noveras said.

Politiko would love to hear your views on this...
Post Views: 22
Spread the love
Tags: Aurora, Casiguran, Dingalan Mayor Shierwin Taay, Ricardo Bitong, Typhoon “Ulysses
Disclaimer:
The comments posted on this site do not necessarily represent or reflect the views of management and owner of POLITICS.com.ph. We reserve the right to exclude comments that we deem to be inconsistent with our editorial standards.