Candaba mayor gives out 7,000 free chickens from his poultry farm 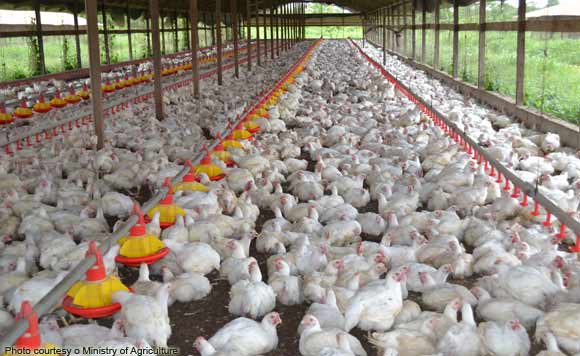 Mayor Danilo Baylon on Thursday distributed 7,000 healthy chickens to his constituents in the riverside area here to prove that the town is free from avian influenza or bird flu.

The mayor said the broiler chickens were raised in his poultry farms with properly maintained biosecurity measures.

He said he transported the broilers with a shipping permit and veterinary health certificate issued by the Provincial Veterinary Office.

Through his Danway Company, the mayor is regularly distributing broiler chickens to his constituents as part of the firm’s corporate social responsibility and commitment to help the marginalized sector in his town.

“This is also to show that the broilers were not affected by the bird flu virus,” he said.

Thousands of residents flocked during the distribution as a way of supporting the mayor in promoting Candaba’s bird flu-free campaign.

At present, Candaba is one of the biggest producers of duck and chicken eggs in the country. (PNA)

Politiko would love to hear your views on this...
Post Views: 7
Spread the love
Tags: Mayor Danilo Baylon
Disclaimer:
The comments posted on this site do not necessarily represent or reflect the views of management and owner of POLITICS.com.ph. We reserve the right to exclude comments that we deem to be inconsistent with our editorial standards.