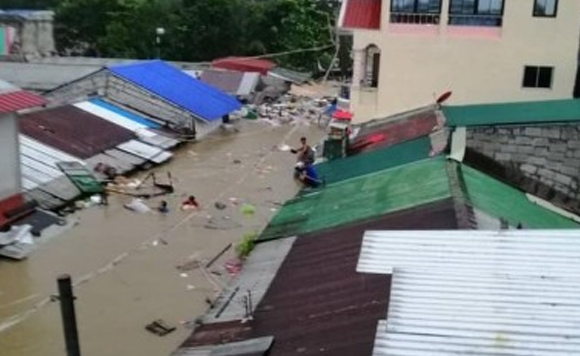 While it has started to recede, it may take another week for flooding in Calumpit, Bulacan to completely subside, Calumpit Mayor Jessie De Jesus said on Wednesday.

The mayor said floodwaters are still at a relatively high level because the sea level was also high.

De Jesus said many roads in Calumpit still not passable and under three to seven feet of water.

In the meantime, De Jesus urged residents to be mindful of possible leptospirosis and dengue outbreaks.

Calumpit often gets flooded as water from flooded areas in Nueva Ecija and Pampanga often flows into the town.

Politiko would love to hear your views on this...
Spread the love
Tags: Bulacan, Calumpit, Calumpit Mayor Jessie De Jesus, Ulysses
Disclaimer:
The comments posted on this site do not necessarily represent or reflect the views of management and owner of POLITICS.com.ph. We reserve the right to exclude comments that we deem to be inconsistent with our editorial standards.