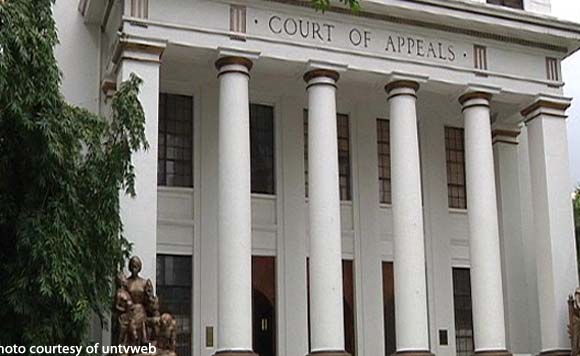 The Court of Appeals (CA) has said the re-election of a local government official facing charges of misconduct in his previous term can no longer be considered as a condonation of the act.

In a 14-page decision dated December 13, the appellate court, through Associate Justice Japar B. Dimaampao, dismissed a petition filed by Guagua, Pampanga Mayor Dante D. Torres questioning the charges filed against him before the Deputy Ombudsman for Luzon.

The so-called Aguinaldo doctrine instructs that a re-elected public official cannot be removed for administrative misconduct committed during a previous term since his re-election to office operates as a condonation of the officer’s previous misconduct.

The case arose from a complaint filed by a certain Juan Pring alleging irregularities in the upgrade and rehabilitation of the Manuel P. Santiago Municipal Town Plaza, also known as the MPS Park.

The complainant said the project was overpriced and that no competitive public bidding was conducted for a sole contractor that was entertained.

Bidding was conducted a month before the completion of the project in June 2014 and was implemented without coordination with the National Historical Commission of the Philippines, despite monuments of important personalities in the area.

Charges of technical malversation were eventually filed by the Ombudsman against the mayor for applying to the MPS Park P2.76 million in municipal funds originally earmarked for other projects.

A separate charge for simple misconduct was likewise filed by the Ombudsman and ordered his suspension from office without pay for three months, prompting the mayor to appeal his case.

Ruling against him, the CA said it found “no grave abuse of discretion on the part of the public respondent to warrant the issuance of the writ of certiorari.”

“Admittedly, petitioner realigned or reprogrammed the amount of P2.76 million for the MPS Park from the 20 percent DF (development fund) of the LGU (local government unit) Guagua for 2014, which fund was originally appropriated for other projects,” the court said.

“Such act is contrary to law, as aptly adjudge(d) by the public respondent (Ombudsman). Since no elements of corruption, clear intent to violate the law or flagrant disregard of established rules were proven to exist, petitioner should be held liable only for simple misconduct,” it added. (PNA)