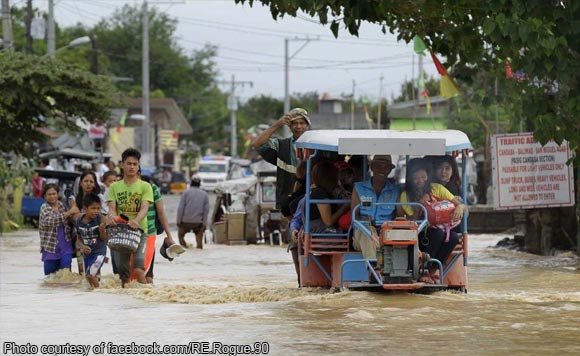 Majority of the affected people and flooded areas from the most recent Southwest Monsoon (Habagat) that swept over Luzon for a number of days are from Region III, the National Disaster Risk Reduction and Management Council said in its latest report issued Thursday.

Of the 1.42 million persons across five regions in Luzon who were affected by the monsoon rains starting last week, 964,254 are from Central Luzon, with Bulacan as having the highest count of 611,482 affected individuals.

According to the NDRRMC, 38,606 people remain in 282 evacuation centers, of which, 17,460 are from Region III. The latter are staying in 159 temporary shelters.

The continuous rains left two persons dead in Marikina City and Quezon City due to drowning, and another one from Quezon City missing after reportedly falling into a creek. There were no casualties reported in the other regions.

Meanwhile, more than half of the recorded 662 flooded areas in the affected regions are also in Central Luzon, the NDRRMC report showed. There were 341 flooded areas reported across Pampanga, Bataan, Zambales, Bulacan and Nueva Ecija.

Based on the latest report, 467 of the total 662 identified areas remain flooded, of which, 313 are in Region III.

In a statement, the NDRRMC said its regional units continue to facilitate response operations, while its main operational center remains on red alert for the monitoring of the effects of the Habagat.

The Department of Social Welfare and Development and concerned local government units have extended more than P35 million-worth of assistance to the affected communities, including nearly P11 million for Region III.

“The public is advised to monitor weather situation and take the necessary precautions while Habagat continues to prevail and affect the western section of Luzon,” the NDRRMC said.

Politiko would love to hear your views on this...
Spread the love
Tags: Bulacan, Calabarzon, Cordillera Autonomous Region, habagat, Ilocos Region, Luzon, Marikina City, Metro Manila, National Disaster Risk Reduction and Management Council, Quezon City, Region III, southwest monsoon
Disclaimer:
The comments posted on this site do not necessarily represent or reflect the views of management and owner of POLITICS.com.ph. We reserve the right to exclude comments that we deem to be inconsistent with our editorial standards.