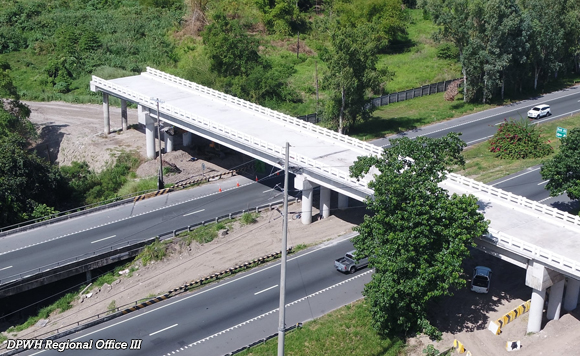 A P245.43-million bypass road providing an alternative route between Magalang and Angeles City will be completed by the end of this month, according to the Department of Public Works and Highways (DPWH).

The project includes the development of two-lane and four-lane roads with a total length of 2.605 kilometers, of which 1,080 kilometers are already existing, and the construction of the North Luzon Expressway (NLEX) overpass with a length of 84 meters.

Once completed by Pampanga’s Third District Engineering Office, the bypass road is expected to significantly ease the heavy traffic that is often experienced at the intersection of Magalang-Angeles Road and Don Aniceto Gueco Avenue.

“It will be a big relief to motorists if we can shorten to 30 minutes the previously long trip between Barangay Balibago in Angeles City to Magalang,” Mercado said.

Aside from the bypass road, the DPWH chief also inspected other projects being implemented in the province including the alternate site building of DPWH-Central Luzon located within the regional office compound.

Politiko would love to hear your views on this...
Spread the love
Tags: Angeles City, bypass road, Magalang
Disclaimer:
The comments posted on this site do not necessarily represent or reflect the views of management and owner of POLITICS.com.ph. We reserve the right to exclude comments that we deem to be inconsistent with our editorial standards.