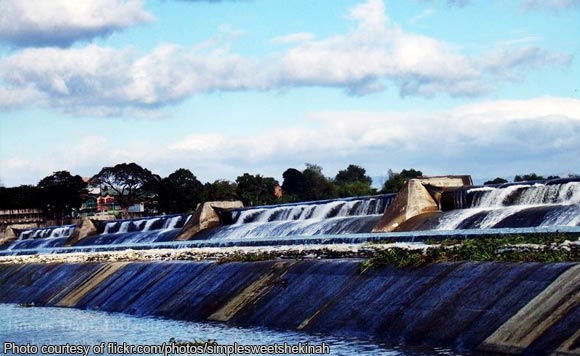 CITY OF MALOLOS, Bulacan-– Bustos Dam is continuously releasing water towards the Angat River for the seventh day on Saturday since the southwest monsoon enhanced by the passing of several tropical storms dumped heavy rains in the province.

“The two towns are the catch basin for receding floodwater from Pampanga and Nueva Ecija before finding its way to the Manila Bay, “ PDRRMO chief Liz Mungcal said.

And as of Friday afternoon, all of the 29 barangays in Calumpit are still inundated with floodwater – with some areas having as deep as six feet of water; Hagonoy has eight barangays flooded up to one foot deep; Paombong has 14 villages submerged under water with some up to two feet deep; and Bocaue has two barangays under one foot deep of floodwater.

Politiko would love to hear your views on this...
Spread the love
Tags: Angat River, Bulacan, Bustos Dam, Provincial Disaster Risk Reduction Management Office (PDRRMO)
Disclaimer:
The comments posted on this site do not necessarily represent or reflect the views of management and owner of POLITICS.com.ph. We reserve the right to exclude comments that we deem to be inconsistent with our editorial standards.