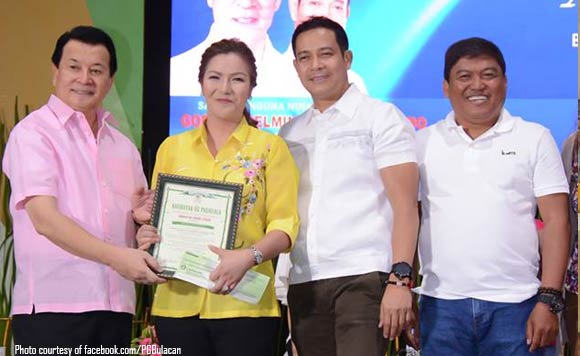 A new kind of KKK is working towards cleanliness and orderliness in Bulacan.

Governor Wilhelmino M. Sy-Alvarado led the awarding of the certificates and cash prizes to the exemplary localities.

The awardees were selected based on the criteria of 50% cleanliness: 15% for clean roads and sidewalks; another 15% for the clean canal and rivers, well-maintained drainage and sewage system; and 20% for systematic and effective garbage collection.

The other 50% is for orderliness: 15% for the absence of eyesores such as old streamers, advertisement or election posters, dilapidated structures and construction debris; another 15% for having place for trees, mangrove and vegetable planting; and 20% for a clean barangay hall with a systematic record and data keeping.

The KKK award was launched in 2014. It aims to protect the environment and maintain and ensure the cleanliness and orderliness in the community.