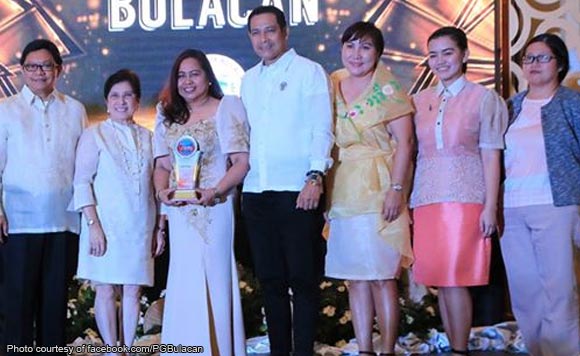 The Provincial Government of Bulacan recently received an award for one of its health programs.

Bulacan officials, including Vice Governor Daniel R. Fernando, were all smiles when they received plaque of recognition for Malaria Excellence Award from the Department of Health.

Politiko would love to hear your views on this...
Tags: Clark Freeport Zone, Pampanga, provincial government of Bulacan, Vice Governor Daniel R. Fernando
Disclaimer:
The comments posted on this site do not necessarily represent or reflect the views of management and owner of POLITICS.com.ph. We reserve the right to exclude comments that we deem to be inconsistent with our editorial standards.